This is third in the Rufous Treepie series. First there was the juvi (juvenile) who found the hammer and then the Mama Rufous Treepie who had a bath while the juvi refused to join. Here we have the Mom showing off the colors for this season, which she informs us are brown, black and white, in her inimitable style

Waiting for the signal for the show to start 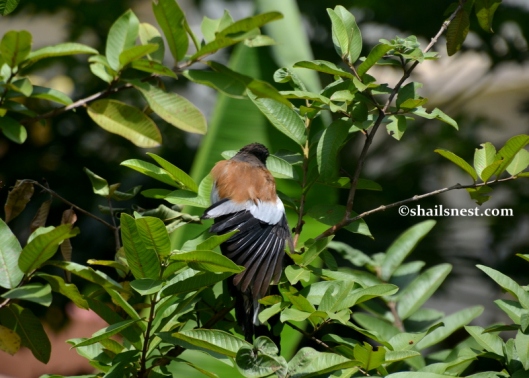 Now just the right wing, the feathers opened like a beautiful fan 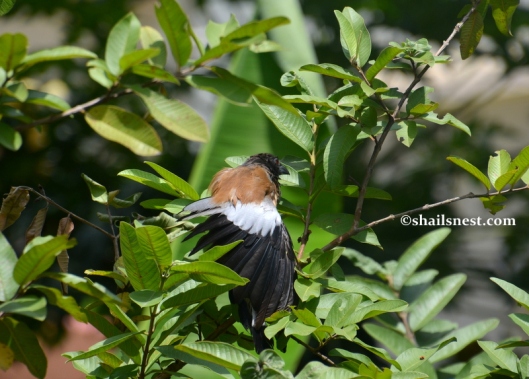 Brown, black and white couldn’t have looked any more beautiful than this 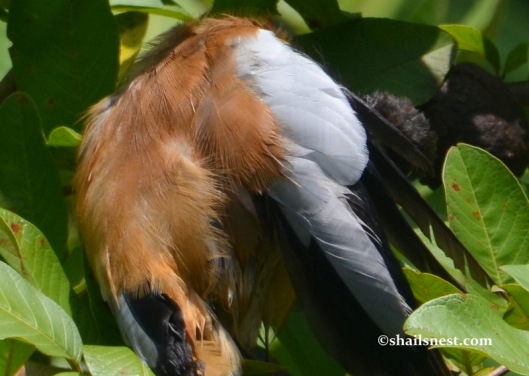 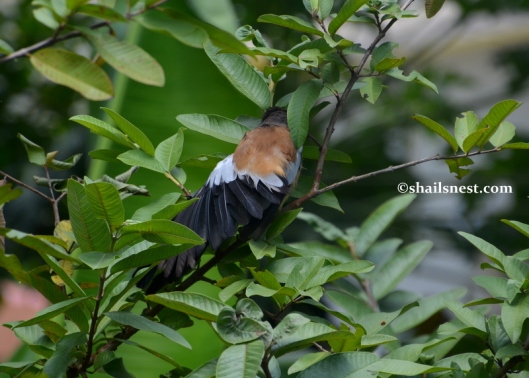 The fan unfolding some more

Now the final wrap in true diva style and that brings the show to an end.

And with this September comes to an end and so does my daily blogging for the month. Yay, I did it, I did it, I did it yet again. And this somewhat makes up for the fact that I couldn’t complete the June challenge. Yay, me! *pats herself on the back*