More often than not, what draws people to you like a magnet will be the very same thing that pushes them away from you.

Well, what do you think? Do you agree?

Personally, I find a kernel of truth in it. especially is the lives of ordinary people with an unconventional approach to life. Take for example, people with strong convictions. There is an initial attraction that makes others seek them out, wanting to rub some of the ‘magic’ they ‘imagine’ they see, on to themselves. Funnily enough, one finds after a while, the same ‘magic’ beginning to grate on the nerves of the admirers. Resentment has somehow taken the place of adulation.

The reason could be due to realization dawning, albeit belatedly (once the initial euphoria has worn off) that the ‘convictions’ of those admired go against the grain of their beliefs, culture, tradition and whatever. A threat to their well-defined existence is perceived. There is more. The mere fact that someone else has the guts to have convictions while one is a ditherer eats into the conscience of many. That’s the cue for the green-eyed monster to enter left center and sour relations. There is no turning back after that point.

There could be more reasons than these, of course. But suffice to say, people with convictions (or those with unconventional views in general) are things of fancy, of extremely short duration. After the initial flurry of interest shown, birds of the same feather are wont to go back to flocking together.

Here is a favorite video of mine: 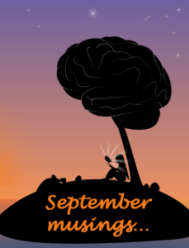