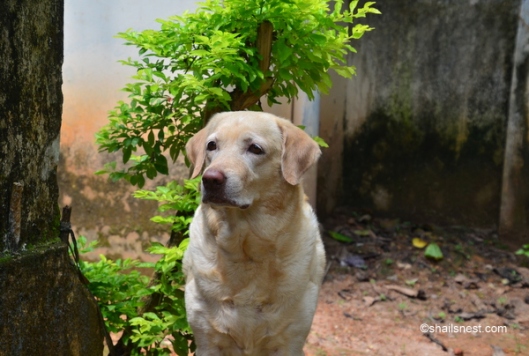 From mid-October to mid-November (the month of Thulam as per Malayalam calendar) it rains in the evenings. Lightning and thunder are the expected accompaniments. Not that rain has been sticking to such restrictive parameters in recent times. I will fall as and when I see fit, seems to be the new mantra the rain has adopted. The sky seems to be rationing out the thunder and lightning as well it appears (though some twenty odd houses did have electronic items go kaput on one particular day, a couple of weeks back), especially when compared to some of the spectacular light and sound shows put up in my childhood.

Don’t let the ‘spectacular’ in that last sentence deceive you into thinking I enjoyed the shows. Far from it. I remember the time I tried dragging my mother inside during a thunderstorm because she had gone out to get the big brass vessel from the outside bathroom. She on her part was so annoyed that she shouted at me to stop being silly.

Another memory is of ensconcing myself in a room at our ancestral home during another of those storms with all four windows shut, leaving only the door that opened into the next room open. My cousins young and old thought it was hilarious the way I was cooped up in one corner of a dark room on an already dark day. When my grandfather came around for tea and heard about it, he laughed indulgently, something unusual for him, and went on his way.

Not so my maternal uncle who was present that day. ‘Stop this nonsense and come out NOW!’ he told me in that voice of his which made even the most innocent of us children believe we were guilty of some wrongdoing. Some people really have the knack for doing that to others. He ordered my cousins to open all the windows and forced me to join them in the veranda. I kept wincing at every light and sound from the sky, much to the amusement of the rest of the family members.

There it is. Some people are afraid of thunder and lightning, others are not. The same applies to dogs. At the first sign of thunder, Goofy the Spitz (our first dog) would dive under my chair and stick close to me wherever I went. By then I was mother to two school-going sons and did not wince lest I pass on my fears to the kiddos. It also felt good to find someone (at least a dog!) more scared than I used to be once-upon-a-time, and give her comfort.

Now, Luci is a different kettle of fish. Where Goofy used to hide when she heard fireworks on Diwali, Luci is belligerent. She barks right back at the sounds of bursting crackers. No you don’t, not during my watch, she shouts at them at the top of her Labradorean voice.

Thunder gets the same treatment from her. She jumps up, looks at the sky and barks in anger. What the heck! Who’s that hiding in the sky and making a racket. Show yourself, you coward. COME ON DOWN HERE IF YOU HAVE THE GUTS AND I’LL SHOW YOU WHAT I CAN DO. BOW-WOW-WRROW-WRROW-WRROW!!!!! And when the rumble slowly dies Luci settles down with a satisfied no-nonsense look. That scared you, didn’t it? Now, shut up and keep quiet or else I’ll come and get you.

What would I not have done to have Luci with me all those years back? She was just what the child me needed. But I have her now, and that’s what matters. ❤

4 thoughts on “Thunderstorms and Luci”