I promise you I have nothing against cats. I love the furry whatchamacallits, even the ones that come all hoity-toity over me or those that look at me like something the cat has brought in. As to why I am making protestations of love towards felines is that they are up in arms.
“You don’t love us, Lady!” said one of them the other day, their representative, she called herself.
“I do too,” I protested wondering what made her say so.
“Tchah. Liar!” spat the cat.
Oh hey! That’s cute. It rhymed. How about if we sing,
Spat the cat
fat with stewed rat
who killed the gnat on a mat
with a bat but wearing no hat
Okay. I am being facetious. What’s more, the cat wasn’t too fat. I am just angry at her calling me a liar. I do love cats, that’s no lie, believe you, me. If Luci would only say, ‘Yes!’ I’d bring home a dozen kittens, umm… maybe half a dozen… er umm, at least, a couple of them.
Anyways…As proof of my love for felines, I offered up this video to the one who called herself Cat Rep, of being bitten by Pepper the Kitteh, who bit me out of pure affection, of course. But she, the Cat Rep that is, would have none of it, and only flicked her tail this way and that in disdain, giving me dark looks. I sighed.
“Okay, so tell me, Cat, what’s the real reason behind all this drama?”
“You are always going on and on about what the birds said. Birdspeak, she calls it. Ha. For the birdbrained, I tell you! How about some CATspeak? Cats know a thing or two. Nah, scratch that. Cats know a WHOLE LOT MORE than birds and humans combined. Cats were worshipped in ancient Egypt, did you know that, you ignorant Lady? The ancient Egyptians held us in the highest esteem, unlike certain ignoramuses of the modern age. Hrrrmphffff. We were known as “Mau”, and were considered sacred…”
That cat was good for going another twenty minutes at least. But I legged it from there as soon as I could without her noticing and have quickly put together a post. I certainly don’t want the thingamabobs to feel left out or for them to cast aspersions on my true love for them, or let’s be frank here, to corner me and start lecturing  about their glorious days in ancient Egypt.
Pssst. I hate having to listen to stories of glory and grandeur of the past. We have too much of that sort of thing going on here. Whether cats or humans, it’s all the same when they start yakking of golden ages of the past, so damn B.O.R.I.N.G. And that’s something coming from someone who LOVES reading up on history of all kinds.
So yeah, getting back to the Cat’s demand, presenting some Catspeak. Tada! 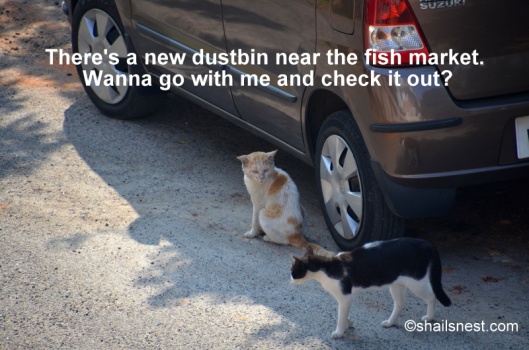 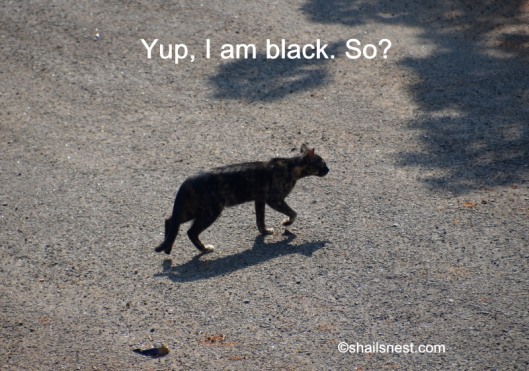 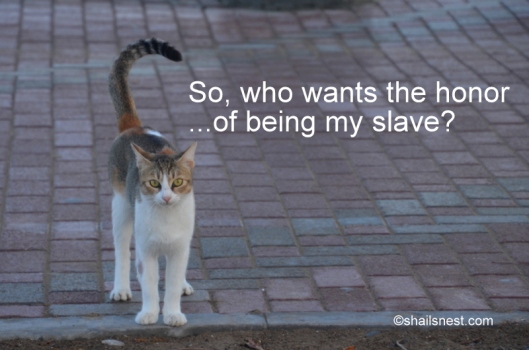 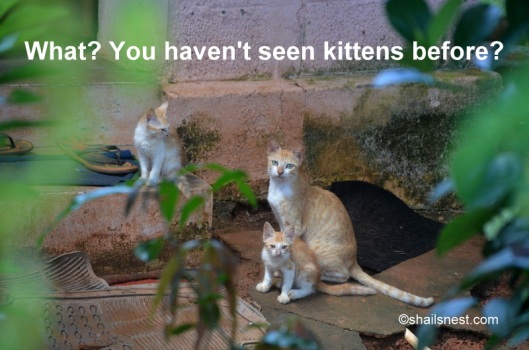 Updated to add one more: 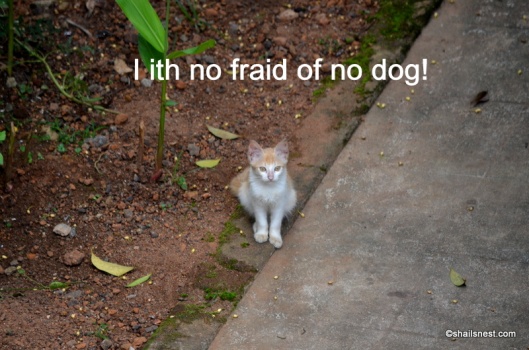