The earlier parts in The Bali Journal

The sky was darkening. Rain seemed imminent. Maybe it would not be a bad idea to stop for coffee and let the rain have its way. Not that I am a coffee drinker. My concerns were more about my camera not getting wet. But what was this? Arjun turned off the main road and pulled the car to a stop amid a lot of greenery, but there was no cafe in sight. A man was by our side leading the way. And this beautiful winding path lay before us. 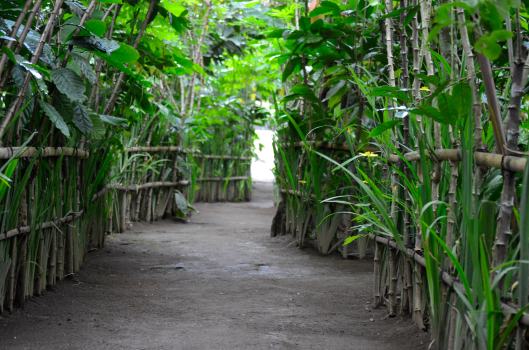 It seemed rather a quiet place for a cafe, I thought. Perhaps the restaurant was at the other end of this green tunnel? But where was the hustle and bustle associated with a coffee shop for tourists? As we walked down the path the man pointed out the various plants, the fruits on trees. There was Torch Ginger (it had edible petals), Arabica coffee, Tamarillos, Eggplant…. 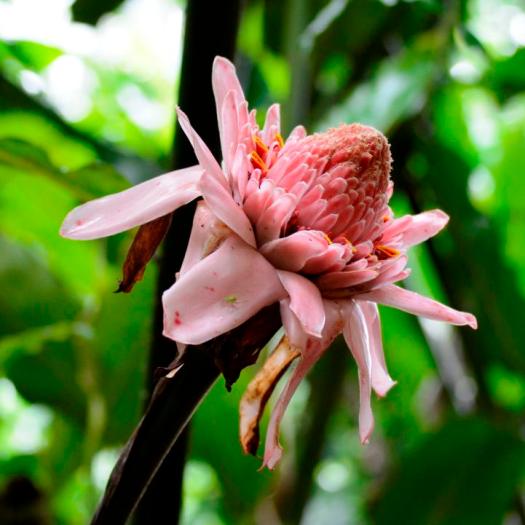 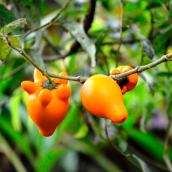 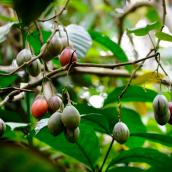 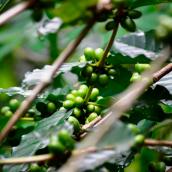 Wah wah! This cafe had people to show customers around the garden as well?! Cool. Okay, now I know what at least some of you are thinking. She is rather slow on the uptake. Yup, I agree. Sometimes I am like tube-light, I take time to light up. But then (keep this in mind) there ARE times (if I say so myself) when I am faster than Chacha Coudhary on the uptake. Since I had the picture of a modern cafe fixed firmly in my mind, I had not yet cottoned on to the fact that when he said ‘Let’s go, coffee!’ Arjun (the driver) had meant a farm. We were at a goddamn coffee plantation and I had all along been expecting to see waiters bustling around with coffee, tea and snacks.

But then I wasn’t way too off the mark. There were seats to sit and a fantastic view that no regular cafe could give. 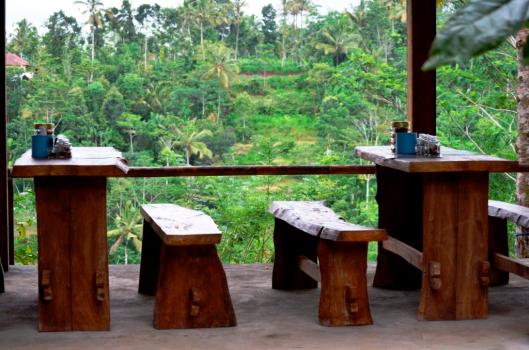 Tea and coffee were also served, but just to taste. There was coconut coffee (which was totally yum), lemon grass tea, ginger tea, ginseng tea and a few more whose names I fail to recall now. 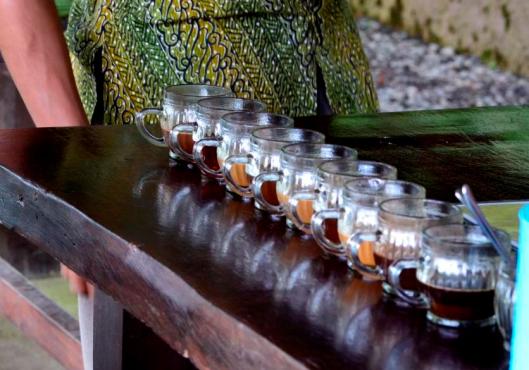 Here is my brother in law tasting one of the items served. 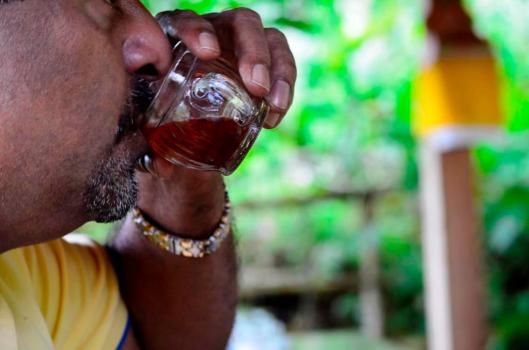 He also had a cup of Kopi Luwak. At around $500 or more for a pound it is the world’s most expensive coffee. I bet many of you already know that. But it was news to me though. It was even bigger news to me that it is made from coffee beans pooped by the Asian Palm Civet. It seems nobody knows how exactly it came about that humans started collecting coffee beans from the faeces of an animal. Was it some lazy man of yore who found it easier to collect the beans from the ground rather than from the coffee plant? Whoever it was then discovered that coffee made from the beans pooped by the civet had a superior, distinctive taste.

Well, this is how it is done. First they let the animal gorge on ripe coffee berries. Smart buggers that these civets are, they choose only the best quality berries and eat them bean and all. That is exactly what the humans count on, I bet. Now, the civets that have gorged themselves silly on berries, inevitably have to  ‘evacuate’ few hours down the line. And guess what, the consumed beans supposedly undergoes some chemical reactions/fermentation in the digestive system of the civet before their exit, which is what gives them their uniqueness. The otherwise intact beans pooped are then collected by humans from forest floors, cleaned, roasted and ground, just like any other coffee beans. The resulting coffee is said to be like no other, with a syrupy body and smooth, whatever that is. Yeah, I told you I am no coffee drinker. But those who do go ga-ga over coffee, use words like earthy, musty, exotic, rich, heavy flavour, hint of chocolate/caramel etc to describe kopi luwak.

The man in charge there told us how he and his men go to the surrounding forest area to collect the pooped coffee beans. Here are two women hard at work. One is roasting the beans and the other pounding them the old fashioned way. We were invited to try our hand and sis and I did. It is really hard work. 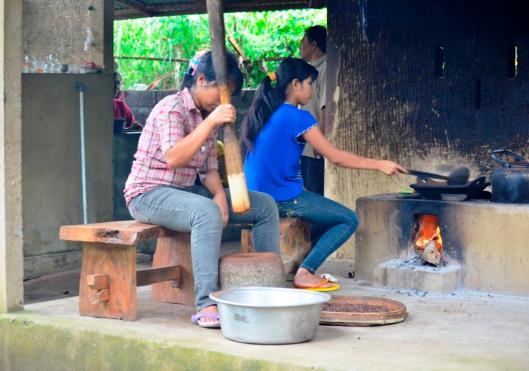 Next of course was the store where we could buy the different coffee/tea concoctions. 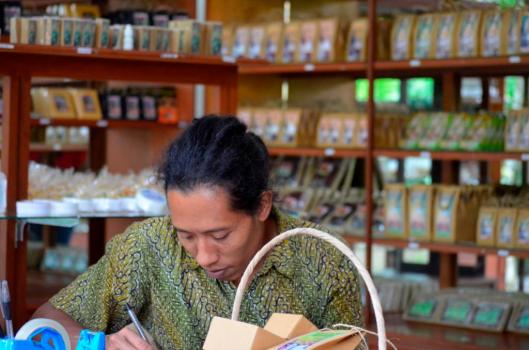 Yup, I ended up buying the coconut coffee, thinking the L & M would love it. As luck would have it, I had made a wrong choice, he didn’t . He said it tasted like payasam (Many Mallu payasams have coconut milk in them) on account of the coconut-ty taste. So now it is mine to finish at my leisure.

We were actually quite reluctant to leave the farm. So enamored were we of the sylvan surroundings. But we were not quite done for the day. There was more to see.  That of course is for another day.