Sometimes things that you say or do can have effects you hadn’t dreamed of, not even in your wildest dreams.

Ours is a society that thinks women are inferior to men.  From the time I was a little girl all I have heard is ‘don’t do this’ ‘don’t do that’ ‘no, you can’t go there’, ‘no, you can’t come here’ ‘go, sit inside’ ‘go, stand outside’ and on and on and on on similar lines. Do’s and don’t’s. Instructions and restrictions. Control over every breath, every waking hour or sleep, every action or inaction. If ever I asked for the whys and wherefores of anything, big or small, all I got was a dismissive, angry or very often, theatrical response, depending on the mood of the person saying it, “You’ll know when YOU become a mother!”

Like hell! What does that even mean? I found it ridiculous, to say the least. I am a mother today and still find it equally ridiculous as then.

My daughter – I had decided in advance that I’d be having daughters – would not have to face all this nonsense. I’d treat them right. I was damned if I would sacrifice my daughter’s happiness and well-being to be in the good books of society.  In fact I’d happily fight society tooth and nail for my daughter. In fact I looked forward to such a day when I could declare war on relatives and society and start fighting for my daughter.

Time went by, I grew up, was married off, had children, two of them, both sons. I loved them with all my heart, but I hadn’t forgotten how I wanted to show the world how to bring up a daughter. Whenever the topic of gender inequality popped up and there were discussions, I inevitably declared, ‘Yes, That’s exactly why I wanted a daughter in the first place. I’d have shown people how to bring up one without breaking her spirit or letting others do it.”

My friends would tell me I could instead give all the affection and support to the future daughters-in-law, now that I had sons. That was true, I’d agree, but it would surely have been different bringing up a daughter myself and in the process thumbing my nose at those who restricted my life to don’ts and no’s and on top of that, told me I’d *understand* when I became a mother myself. Utter rubbish!

One day, out of the blue, my First Born told me, a trifle wistfully,

“Of course, I love you!” I replied shocked to the core. “Why do you say that?” I asked hugging him, genuinely puzzled.

“But I heard you say you wanted a girl!”

Alarm bells started ringing in my head. Oh no!

Unknown to me the First Born had been listening to my conversations and noting the words I said. And what had registered in his little mind? The ‘Yes, I wanted a daughter’ part. He thought it meant I wasn’t happy to have sons and consequently didn’t love him.

I explained it all to him as best as I could, the back story to why I had said what he had heard. He was still too young, I don’t know how much of it he was able to process, but I hoped I had convinced him of my unconditional love for him and his brother. And of course, I shut up from that day onward about wishing to have had daughters (for whatever reason).

Sometimes things that you say or do can have effects you hadn’t dreamed of, not even in your wildest dreams. 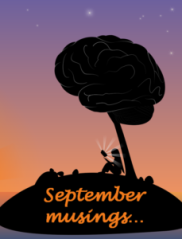 2 thoughts on “What I said and what he heard”