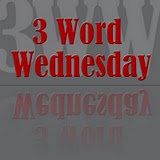 He had a conniption fit when he first heard about his son wanting to study art. Art?? Is that why he had sent him to the city, to the best school?? He wanted the boy to be an engineer or a doctor. How could anyone make a living with art??

Then his wife had told him about Raja Ravi Varma and paintings, explained about museums etc. How did she know about all those things?? Hrrrmph. All he knew about painters were those unkempt looking boys who came to whitewash the walls of his house.

Agriculture had been his life from the time he could remember.  He was going to have none of this painter business in this family of illustrious farmers. A doctor maybe, an engineer probably, they were respectable jobs, but no painter.

He had ranted and raved, even threatened to take the stick to the boy the time he had announced insolently,

Janky! I will have you call me janky, forsooth. He had ground his teeth. His wife had to intervene and save their son from his wrath. What the hell did the word mean anyway?? Later on in the night he surreptitiously looked it up in the dictionary. Just as he had thought, it wasn’t even there in the dictionary. Bah! All that expensive education had not even done the boy any good. He did not even know to speak the Queen’s English. It was the same as the time the boy had told him to scooch. Scooch?? Where do they come up with such words?!!

What dreams he had of his son returning to the village as a doctor, attending to and taking care of the villagers, while he the proud father basked in the reflected glory. An engineer would not have been bad either. He had to relent and send his son off to study art after the head master and his arts teacher, had tried to convince him of his son’s potential. But it had taken his wife’s gentle persuasion to make give the final nod of agreement.

He was horrified when one fine day his son had returned looking quite unlike the boy he had bid adieu to on his way to that college that taught, ugh, arts. The colorful shirt, the long hair, the totally effeminate look had put him off. He had thrown another tantrum and refused to speak to him. Not all the efforts on the part of his dear wife succeeded in cooling him off.

“Dad, it’s time!” He woke up from his reverie with a start, to see his son stand nearby.

“Ahhh okay…” he said.  What she could not in life, his dear wife had achieved with her death. How he missed her.

He accepted the hand his son proffered and stood up. The joints were a little stiff these days. He was in his crispest and whitest dhoti and kurta, the colorful head gear in place. He followed his boy, head held high.

The crowd respectfully parted, making way for him. He was amazed at the turnout. He felt his heart constrict. How happy she would have been to be here today.

Someone thrust a salver at him. He carefully took the scissors and cut the red ribbon stretching across the door. Everyone clapped, the cameras flashed blinding him. The exhibition of his son’s paintings was now officially open. He could hear people congratulating his son. He heard a few questions directed at him. He smiled and waved his hand to indicate he had nothing to say. Mercifully his son led him away to a quiet corner, away form the limelight.

From there, he watched the throng who had come to see the paintings. He heard that the paintings sold for astronomical sums. He wondered who the people were who spent such astounding sums for these splotches of…. No, he reminded himself, they were acclaimed paintings. It was true, he understood next to nothing about them. There seemed to be a lot more to this world than what he understood.

He watched the people milling around, listened to the snatches of conversation. He looked across the room at his son, to him still effeminately dressed, long unruly hair and all. How happy and contented he looked. People around him seemed to hang on to his every word.   His heart swelled with pride.  The reflected glory felt comfortingly warm even in the air-conditioned coolness of the gallery’s confines.

38 thoughts on “The painter son”